Some of Ottawa’s best up-and-coming fashion designers came together to show off their wares (and raise money for CHEO) at this Sunday’s Runway For Hope.

The Runway For Hope fashion show, dedicated to promoting local designers and raising funds for the Children’s Hospital of Eastern Ontario, held its sixth edition at Lansdowne Park on September 25. This year’s event showcased 19 local designers, as well as 27 local vendors and performances by Ottawa-area singers and dancers.

“Our goal is just to promote local fashion – designers and models and the whole fashion industry in Ottawa,” explains Valerie Doyon, who volunteered backstage at this year’s show. “And at the same promote a really good cause.”

The by-annual event has grown “bigger and bigger every year,” Doyon says. This year, the Ottawa RedBlacks cheerleaders even made an appearance.

“It’s a big event to promote not only fashion designers, but the models, the make-up artists, the hair artists – everyone comes together for this event.”

Doyon adds that, for most of the designers, it is their first time participating in Runway For Hope. “They’re not returning designers…It’s really cool because you get to see new stuff every year.”

Sunday’s show featured a variety of designs ranging from the practical to the quirky. Highlights included glittery ensembles by Amira & Nasreen and Sabrina Oxford’s fairytale-esque capes.

“You wouldn’t think of [Ottawa] as a fashion capital,” Doyon acknowledges, but the capital region is home to many talented designers and stylists. “We like to throw something to help them out, especially all the ones coming right out of college.”

Doyon, who is in her second year of Biomedical Sciences at U of O, is currently planning the next edition of Runway For Hope, which will be held at Tabaret and feature more student talent.

All profits from the show are donated to the Children’s Hospital of Eastern Ontario, with this year’s donations focusing on cancer research. 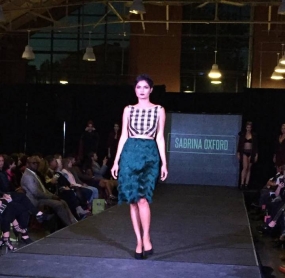 “We wanted to help raise money for a good cause, and raising money for kids is always a good cause,” says Event Coordinator and Backstage Manager Josie Vilna, who is in her fourth year of Civil Engineering at U of O.

Each show generally raises between $2000 and $3000. The organizers plan to move to a larger location for future shows, which will allow them to sell more tickets and bring in more money for the hospital.

“We’re trying to raise the bar.” 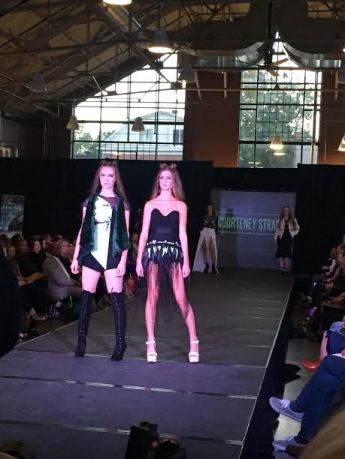 Having suffered from asthma, Vilna “spent a lot of time in the hospital” as a child and witnessed firsthand the impact that medical research had on her treatment. These personal experiences, as well as her interest in the fashion industry (she modelled in an earlier incarnation of the show before moving into management), are why she is so passionate about Runway For Hope.

“It’s a great thing when you raise money for good causes,” Vilna says. “That’s all we are about – and great designs too.”

Originally published in The Fulcrum as Models take on the catwalk for a cause; September 29, 2016.