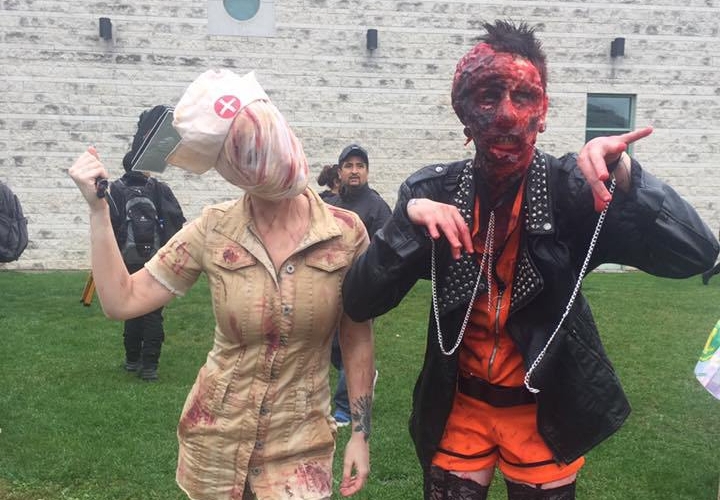 Monsters are the quintessential outsiders.

The appearance of a supernatural being represents a fundamental disruption of the status quo. It forces humans to reconsider the very nature of existence, questioning traditional ideas of morality, normalcy, and what it means to be human. For this reason, horror and fantasy stories often explore themes of discrimination, using monsters as stand-ins for the marginalized and oppressed.

This is a trope as old as horror fiction. Frankenstein’s monster was a tragic figure shunned by society due to his appearance. King Kong met his unjust end after being kidnapped and exploited by humans. More recently, Clive Barker’s novella Cabal featured a secret community of undead monsters; its protagonist’s transformation from a tortured human into a shapeshifting cannibal was framed as a journey of empowerment and self-actualization. The trope has also appeared in Buffy the Vampire Slayer, Fido, and District 9, among others.

When written with creativity and empathy, stories like this can be thought-provoking. However, sloppy usage renders this trope uninteresting at best, and offensive at worst.

A well-meaning message does not automatically make a mediocre story interesting – nor does the insertion of the supernatural. That’s why Netflix’s Bright doesn’t quite work: half-baked fantasy elements and racism subplots can’t elevate the movie beyond what it is – a poorly-written cop thriller populated by wooden characters with ill-defined motivations.

Any good fantasy story requires some worldbuilding. Even in a “real world” setting, the story should explore how a deviation from the norm (e.g. the emergence of supernatural phenomena) affects that world. It’s lazy writing to just take an existing system and replace one group of people with monsters, aliens, or the undead. And such an approach can come off as disrespectful to the real-life victims of oppressive societies. That’s why Neill Blomkamp’s decision to re-tell Apartheid with aliens in District 9 left a bad taste in my mouth.

Compare that with Guillermo Del Toro’s marvellous The Shape of Water, in which a diverse cast of characters rescues an amphibious creature from torture and death in a government lab. The film’s villain is a bigoted government agent who sees the creature as less than human; however, the Amphibian Man is not simply a stand-in for marginalized groups. Scenes of the creature being tortured are mirrored by equally disturbing scenes of Elisa being sexually harassed, Zelda being terrorized, and Giles targeted by homophobia. The creature’s suffering echoes theirs, without obscuring it.

A more immersive approach can be seen in works like last year’s War for the Planet of the Apes, as well as the aforementioned Cabal. These are stories of genocide and war, told from the perspective of the “other.” Storytelling like this invites audiences to look outside ourselves.

The magic of fantasy is that it allows us to empathize with beings who don’t look like us or speak our language. Horror, fantasy and sci-fi are fertile grounds to explore injustice – so long as the subject matter is approached thoughtfully.

Originally published on Horror Tree on Feb 19/2018, as part of Women in Horror Month.