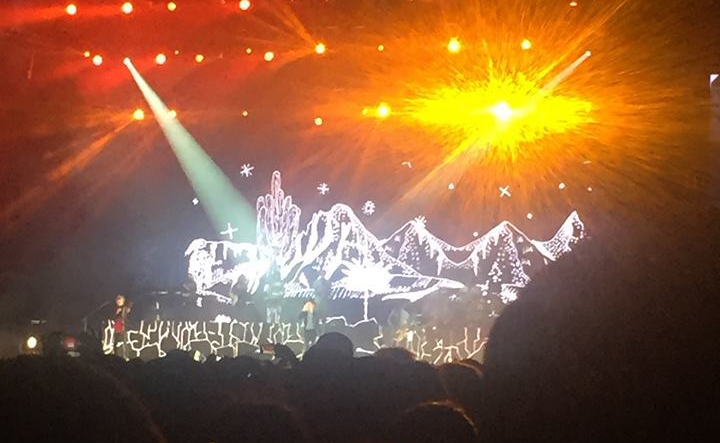 Day 8 of Bluesfest was literally overloaded with great music, with performances by JW Jones, Sturgill Simpson, Fortunate Ones, and Beck. 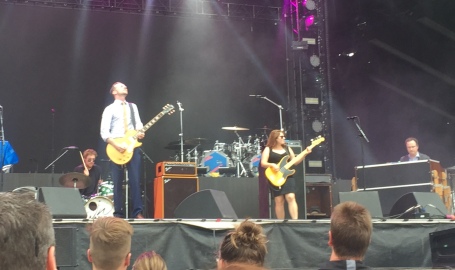 Seriously, this guy is an incredible musician, and his live shows are something to behold. His band, including Maple Blues Award-winning bassist Laura Greenberg, are no slouches either; one of the coolest moments of the set was when Jones took over the drums and passed Greenberg his guitar, while drummer Will Laurin backed them up on the bass.

The finale featured fretboard pyrotechnics galore as Jones ran through over a dozen classic riffs, further underscoring his dexterity by sharing his guitar with one and then two other band members simultaneously (you had to witness it), and playing upside down with his axe behind his head. 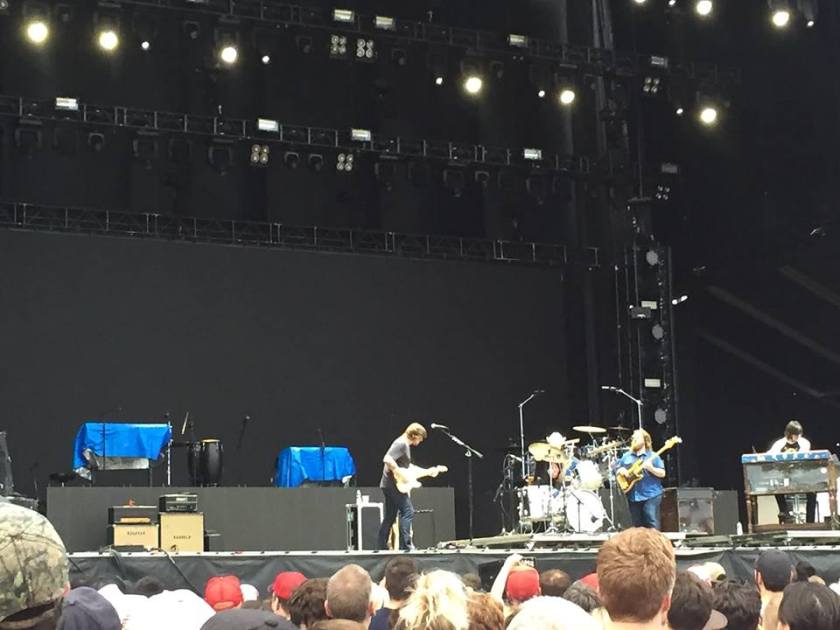 Next up on the City Stage was edgy country rocker Sturgill Simpson, whose distorted guitar riffs, intricate fretwork, and jagged solos were perfect matches for his baritone twang and gritty songs. This guy can really play – as with Jones, Simpson’s guitar solos were the highlight of the set (and that’s saying something, because the songs were strong in-and-of-themselves). 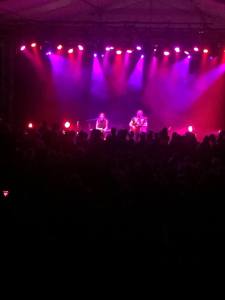 Newfoundland folk duo Fortunate Ones played some lovely tunes on the Claridge Homes Stage, a set that sadly started half an hour before the headliner.

Bandmates Catherine Allan and Andrew James O’Brien showed off their catchy songs and gorgeous vocal harmonies with a selection of folksy acoustic singalongs with a modern twist.

“We’re gonna get through this set as quickly as we can so you can get on your way to Beck,” cracked O’Brien, eliciting some boos from fans horrified at the thought.

I left the Claridge Stage with a heavy heart as the pair wrapped up a Hank Williams cover, interested to see what weirdness Beck would bring to the festival. 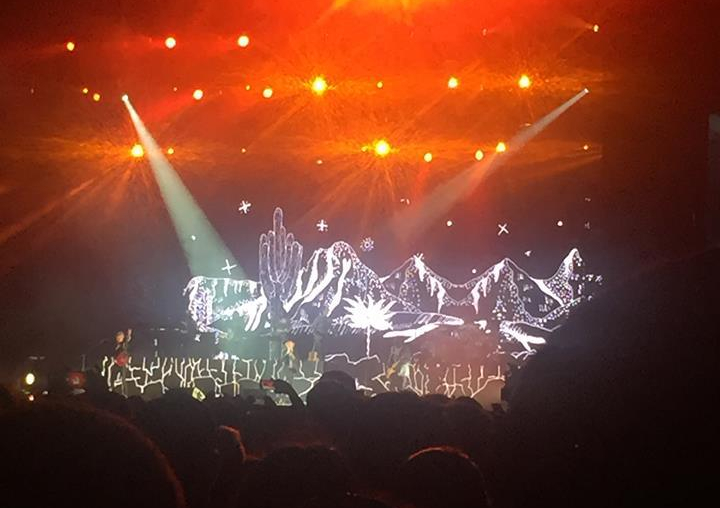 With a set of upbeat songs set to psychedelic imagery and flickering geometric shapes, Beck’s headlining set sometimes felt like walking through a musical kaleidoscope.

The alt oddball opened with his 1996 hit “Devil’s Haircut,” then followed with his most widely known (I hesitate to call it his “signature”) song, 1994’s “Loser,” accentuated with what sounded like a sitar. Next up on the setlist was a rollicking yet funky version of “Mixed Bizness” and the chatty “Qué Onda Guero.”

Genre-wise, Beck’s music pinballs between alternative rock, hip hop, folk, funk, and country, sometimes within one song, with surreal lyrics that defy explanation. If I had to categorize him, I’d probably file him under “miscellaneous,” along with Frank Zappa. 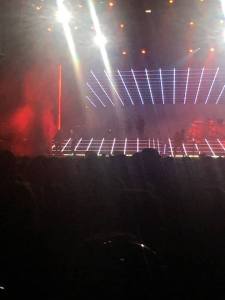 For instance, his 2017 single “Wow” has all the elements of a pop song – spacey synths, rapped lyrics, an enthusiastic but mindless chorus (“It’s like wow / It’s like right now”), a na-na-na bridge – but somehow, it’s not. Like most of Beck’s songs, it’s intricate and catchy and has an odd sort of internal logic, but remains ultimately enigmatic. It’s more like a surreal deconstruction of what a pop song should be.

Other fun, genre-confused numbers included “Colours” (which Beck compared to “psychedelic Michael Jackson”) and an acoustic, funk-influenced version of “Debra,” which suddenly morphed into a singalong of Prince’s “Raspberry Beret” midway through. His straightforward acoustic version of “Lost Cause,” which he dedicated to the couples riding the Ferris Wheel at the other side of the park, seemed odd by comparison.

Beck himself was somewhat of an alien presence onstage. Without seeming stiff, there was occasionally a certain strangeness to his dancing and between-songs banter. 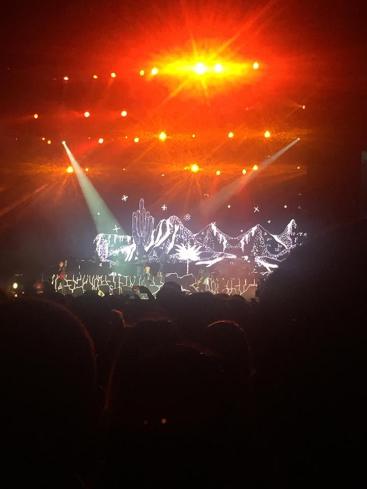 “I wasn’t sure what kind of get together this was, but I am pleasantly surprised,” he said at one point, gazing affectionately into the crowd.

By the last half of the set, Beck had established that it was indeed a party, running through quirky, danceable tracks like “Dreams,” “Up All Night,” and “E-Pro,” as well as summery murder ditty “Girl.” (The latter included what sounded like a sample from Kanye West’s “Power,” which was very funny if you recall West blasting Beck at the 2015 Grammy Awards).

He closed with the cheerful hip hop pastiche “Where It’s At,” which segued into the most fun band member introduction segment ever, before returning to the initial song.

To sum up, there was a lot of talent on the Bluesfest stages on Friday. Freewheeling, surprising, and never less than delightful, Beck’s show was definitely a highlight.