The Beaches delivered a high-octane set of glam rock at the Bronson Centre this Saturday – and in return, they left with an autographed picture of eighties sitcom star Tony Danza.

“We have this weird thing in our rider [where we request] every venue provide a signed picture of Tony Danza,” guitarist Kylie Miller explained, proudly brandishing the photo. The Bronson Centre was apparently the first venue to actually come through.

The offering was deemed acceptable, and the crowd was rewarded with a raucous performance of the band’s latest single “Fascination,” a giddy new wave rocker about obsession and public transportation. 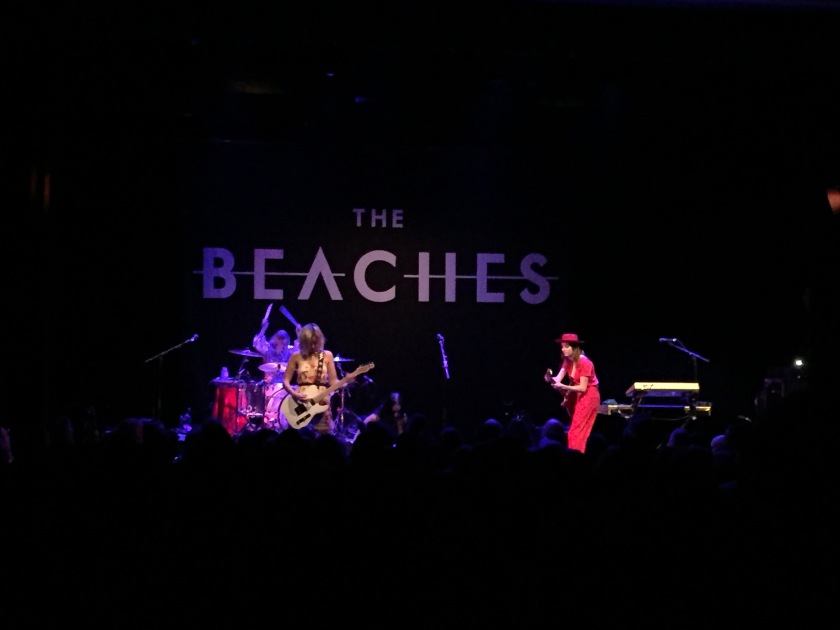 The Beaches, named for their Toronto neighbourhood, are known for their glam style and smart, relentlessly catchy rock songs.

Often lauded for their sharp song-writing, the group is absolutely incredible live, their sets allowing each member to show off their stellar musicianship, distinctive style, and electric stage presence.

Lead singer/bassist Jordan Miller, dressed in an Elvira-style black gown, was equal parts alluring and irreverent, while her sister and bandmate Kyle Miller revelled in rock riffs and shredding solos. Keyboardist Leandra Earl, clad in a head-to-toe red jumpsuit, danced across the stage whenever she could be liberated from her instrument, and drummer Eliza Enman-McDaniel bashed relentlessly on her kit, stage lights flashing off her glittery beaded top.

Opening with rock chick empowerment anthem “Back of My Heart,” the group followed up with barnburners “Moment” and “Let Me Touch.” Next up was quirky single “T-Shirt,” in which Miller saluted a lover’s discarded tee and touted her membership in the “Itty-Bitty Titty Committee.”

Thundering anthem “Gold,” which is as close to arena rock as The Beaches get, led into their signature cover of The Ronette’s “Be My Baby.” Next up was pop-punky “Loner,” followed by sultry torch song “Highway 6.” The set’s sole slow song, the ballad allowed Jordan Miller to show off her vocal range as she belted out the lamenting lyrics.

Another highlight was an eerie cover of “Laid” by Britpop band James, which had Kylie Miller transforming the American Pie theme into a spooky dirge.

The Beaches concluded with their chilly kiss-off “Boy Wonder,” before closing with the adrenaline rush of “Late Show.” As a bonus, the band encored with a fun cover of Avril Lavigne’s “Sk8er Boi,” before wrapping up with pop sugar rush “Sweet Life.”

The Beaches last played Ottawa this past May; Saturday’s show was a triumphant return.

Toronto stoner-punks Goodbye Honolulu got the crowd going with a selection of distortion-drenched party anthems. With surf-rock hooks underlaying distorted riffs and shouted vocals, the quirky band was a perfect complement to The Beaches.

Interestingly enough, members of the two groups attended high school together in Toronto. “Oh yeah, we got some dirt on them,” teased guitarist Emmett Webb, before adding, “Just kidding, they were great.”

On stoner jams like “Back To Me,” “Where You Wanna Go,” and “Codeine,” Webb traded instruments and vocal duties with bandmates Jacob Switzer and Fox Martindale. It was up to drummer Max Bornstein to keep the show on track, oftentimes interrupting Switzer and Webb’s free-flowing banter. Goodbye Honolulu’s mellow stage presence and anything-goes attitude (midway through the show, Webb paid a fan to buy him a shot) were a fitting complement to the band’s tightly-written pop-punk.

Their nonchalant attitude is reflected in songs like “Bloody Hands” and set-closing “Typical,” which are quite witty and well-crafted underneath layers of fuzz. Don’t expect the guys of Goodbye Honolulu to boast about their songcraft, though.

“The Beaches write our songs,” jokes a self-deprecating Webb. “They give us the bad ones.” 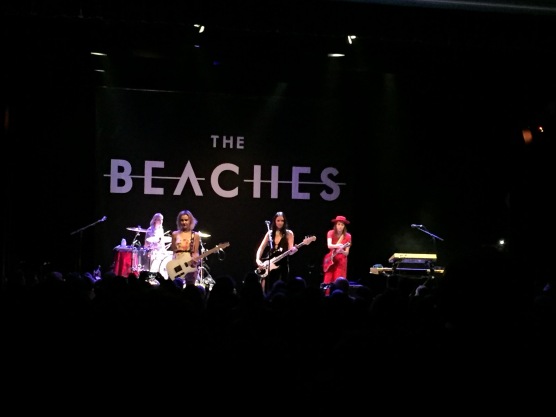 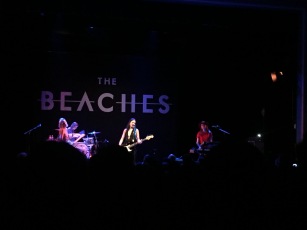 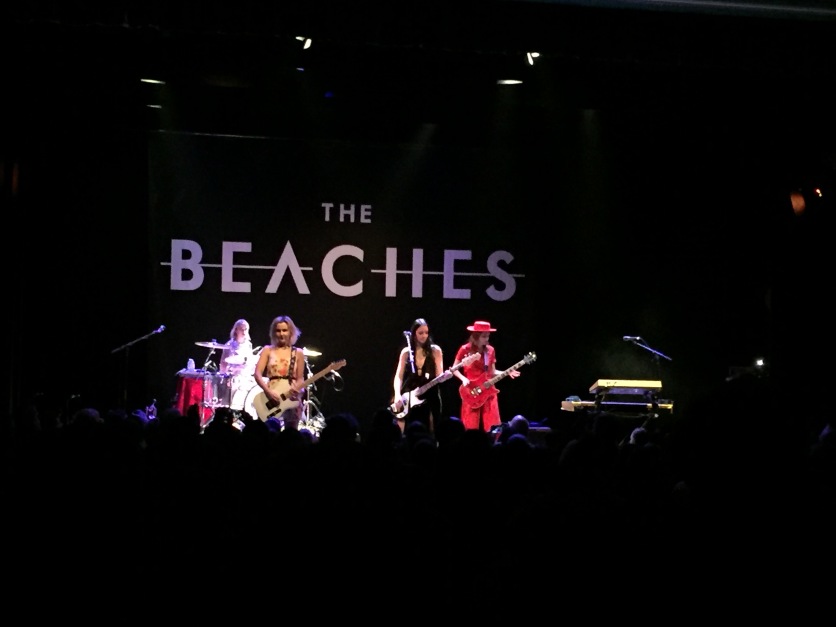 Venue: The Bronson Centre, Ottawa ON