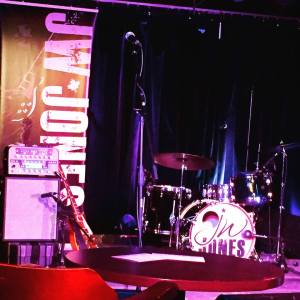 Jones is a stylistically diverse performer, switching easily between classic blues songs and heavier tracks like Colin Linden’s “The Price You Pay” and Ben Harper rocker “I Don’t Believe A Word You Say.” In addition to being a virtuosic guitarist, he’s got a solid singing voice, which shone through on his covers of Robert Cray’s “A Memo (Nothin’ But Love)” and Howlin’ Wolf’s “Moanin’ At Midnight” (which also boasted some epic riffs). Jones’s own strong song-writing was apparent in his clever original track “Same Mistakes.”

He’s also a mischievous and engaging frontman with more than a few tricks up his sleeve.

For instance, his version of Albert King’s “You’re Gonna Need Me” had Jones taking a swig of water mid-song while he continued to play guitar one-handed. He showed off some more on the slow-burning “That’s Alright,” turning down the volume for a whisper-quiet guitar solo that had the crowd hanging on every note, before cranking it up again for a fiery conclusion using a drumstick as a slide. 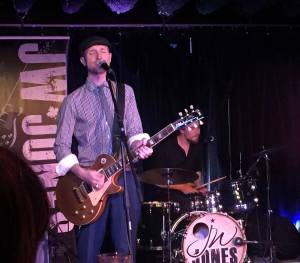 Jones’s backing band, multi-instrumentalists all, were also superb. Saturday marked the Ottawa debut of new bassist Jacob Clarke, who rocked a stand-up bass in addition to electric instruments. Drummer Will Laurin kept the beat effortlessly while showing off some flash off his own.

The trio displayed their strong rapport in a number that had them trading and sharing instruments, culminating in all three of them jamming on the same guitar simultaneously.

They also delivered an incendiary finale that featured a medley of famous riffs, ranging from “Pretty Woman” to the Spiderman theme, and included cool stunts such as upside-down-behind-the-head guitar playing. 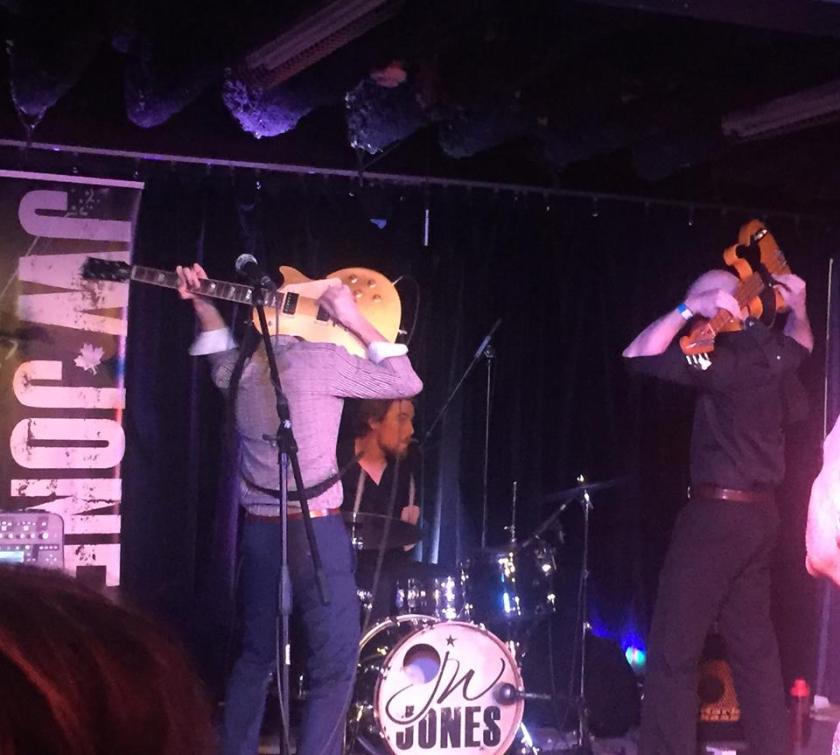 After the show concluded and the house music came on, the band was called back for an unplanned two-song encore.

Venue: LIVE! on Elgin, Ottawa ON