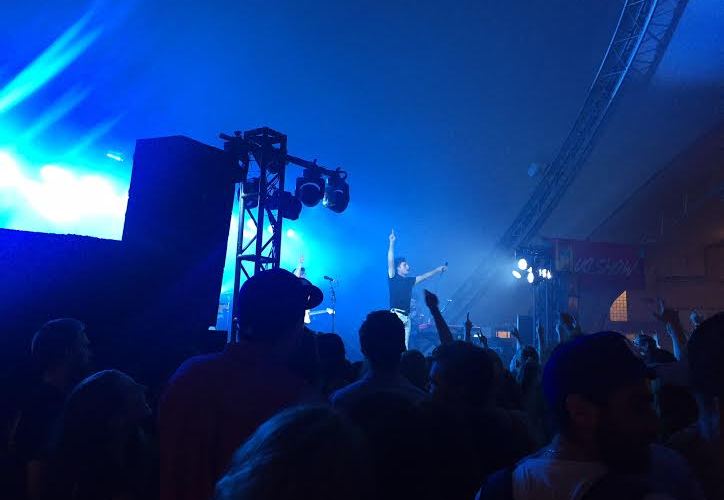 When Arkells played Fedstock 2013, they established themselves to a generation of Gee Gees as one of the most exciting live acts around. Now, three years later, they’re returning to campus for a much-anticipated encore. 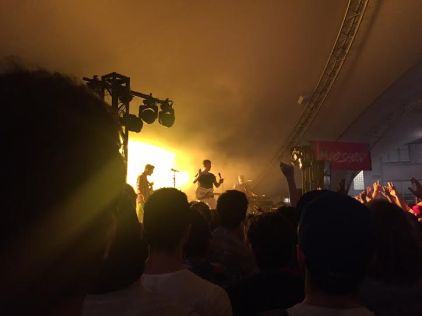 “These frosh week shows are a really great opportunity to have a long-term effect on people,” says lead singer Max Kerman. “I remember being in first year and going to see Sam Roberts Band or Bedouin Soundclash, and those are bands that mean a lot to me still…If we can do that for somebody else, then that’s awesome.”

With four albums packed with hit singles and fan favourites, Kerman admits it’s growing “harder and harder” for the band to narrow down a setlist. These days, fans can expect “a good mix of tunes from each record,” balancing singles, “deep cuts…and some surprises too.”

The band’s songwriting has evolved steadily throughout their career, with their latest album Morning Report incorporating an even wider array of musical influences. “I don’t think our records sound too similar because we’ve always expanded our music palette,” Kerman explains.

“What would Kanye do here? What would Justin Bieber do here? Or, what would The Cars do here, what would Elvis Costello do here? And those are influences that weren’t necessarily on earlier records, but we talked about them on this record as we created the songs.”

Lead singer Max Kerman gets in on the crowd-surfing fun.

Arkells’ hyper-specific lyrics, however, come from sources closer to home. “I have a really interesting group of friends and interesting characters in my life,” Kerman says. “Whether it’s roommates of mine, or family members, you can usually you can pull interesting stories out of what they’re doing.”

They’ve also been accumulating some great (and quintessentially Canadian) stories from the road, from exploring Germany with Billy Talent (“we walked around Munich for a day [with Billy Talent bassist Jonathan Gallant] and talked about hockey”), to hanging out with The Tragically Hip (“Paul [Langlois] their guitar player would be out by the exit smoking most of the time, so we’d huddle around him…and we’d shoot the shit”).

The secret to Arkells’ enduring success, Kerman says, is that, “We…like working with each other, and we admire each other and respect each other’s opinions. And I think that’s what gets the best out of the music and performances – that everyone’s willing to take constructive ideas.”

He advises aspiring musicians to “try to find people that complement your skillset and that you enjoy working with,” and to “try to make it as fun as possible.”

“If you’re able to highlight the things you don’t like about performing and try to change that, and try to make it more enjoyable, then your performances will get better,” Kerman explains. “Same thing with songwriting – try to find the part that you’re sort of lacking in, and don’t get discouraged by it, just try to fix that.” 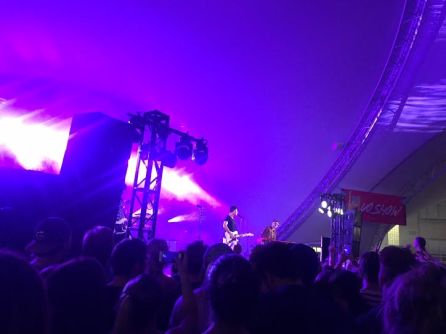 Arkells will be headlining the uOshow on September 8th.  Do they have any plans while back in the Capital?

“I heard there’s a good Taco place [on Elgin St.] that I haven’t tried yet.”

Originally published in The Fulcrum as “Arkells set to headline uO Show;” Sept.6/2016 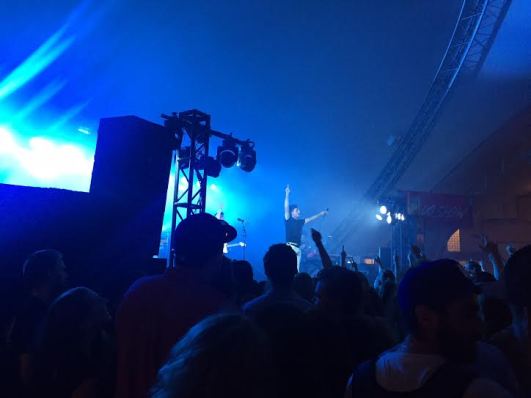