Don’t let the name fool you – CityFolk is about more than just folk music.

The annual festival, which returns to Landsdowne Park this month, boasts a line-up ranging from folk to rock to hip-hop, with everything in between.

“Diversity is really what we’re all about,” explains CityFolk spokesperson Joe Reilly.

The festival has gone through many iterations since its inception in 1994. In its early years, Reilly explains, FolkFest was “purely oriented towards what would be defined as ‘folk music.’” Since being taken over by the Bluesfest management team, CityFolk has been reborn with a new name, a new downtown location, and a new focus on diverse content.

The “something for everyone” approach may not please folk purists. However, for Reilly, the genre debate is semantics: “We could have a long philosophical discussion about what folk music is, especially when you get to urban and hip hop.”

Millennials, Reilly adds, are “less boundary-ridden when it comes to music.”

That said, CityFolk has stayed true to its roots with the inclusion of folk-based acts such as Ottawa’s-own The Acorn, as well as international acts such as Rayland Baxter.

The Acorn is returning to Cityfolk for the first time since 2010, and lead singer Rolf Klausener is “excited to play the new location.”

Prior to the rebrand, Klausener says, Folkfest was “a lot more community-oriented” but less financially stable and much smaller.  “It still has more of a songwriter-y kind of bent, but you’re gonna see a lot more pop music [and] some hip hop.” 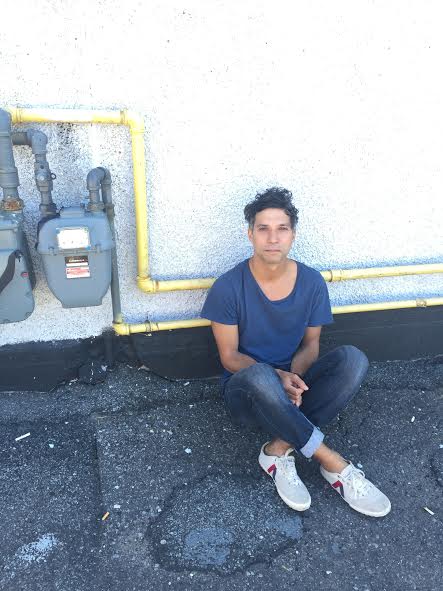 Klausener hopes CityFolk audiences will take the opportunity to check out acts who are outside of their radars. “I kind of feel like we live in such an on-demand culture – people come to festivals, they have an app, they’ve picked which acts they want to see…and they can actually just completely ignore everything else that’s happening at the festival.” This new-school festival-going may be convenient, but it can cause fans to miss out on a lot of exciting bands.

Nashville-based singer-songwriter Rayland Baxter, touring to support his new record Imaginary Man, also hopes CityFolk will be an opportunity to broaden his audience. “You get to reach out to a lot of new fans who’ve never heard my name at all, who don’t even know that I exist as a human being, let alone as a songwriter and a music-maker.”

Baxter says audiences can expect “a dynamic sonic output” from his set. “It’ll be very loud, very rockin’, and very sweet and very groovin’. Very sensitive at moments, and I’ll try to make the audience laugh in between the songs.”

For Reilly, CityFolk is the perfect chance for Ottawa crowds to discover up-and-coming artists in their early days. “Our artistic director Mark Monahan is really on top what’s going on in music. For instance, we had Kendrick Lamar back in 2013 when people were just beginning to take notice.”

“This festival has a strong reputation for introducing Ottawa audiences to artists who are about to become the next big thing.”

Originally published in The Fulcrum as CityFolk is back in town with local bands and diverse acts; September 8th, 2016