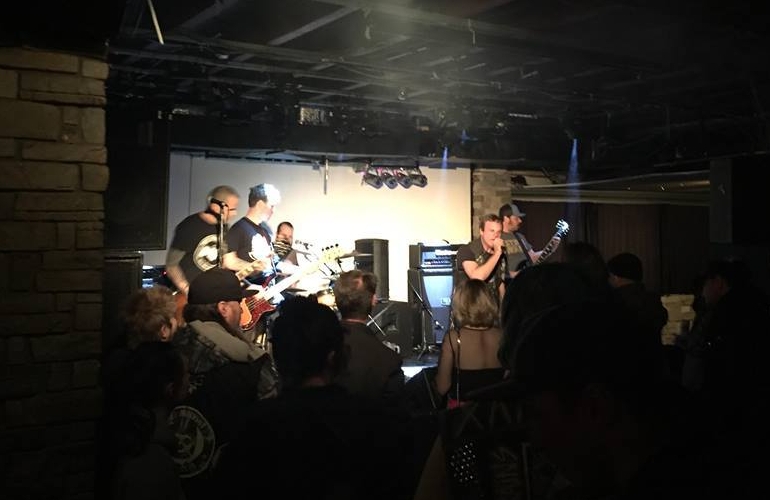 Hardcore band Mandible Klaw marked the release of their new tape with a night of local punk rock at Calgary’s Dickens Pub.

Before the show on Saturday night, I had the chance to chat with Mandible Klaw drummer Mikey Blotto and bassist Niall Howell about the making of their tape, their punk influences, and their future plans.

The band’s new cassette, What’s The Matter / Live at SBC, features six tracks from different recording sessions. The first three are “extra songs” leftover from the recording of their upcoming “split” album (which will feature several other Canadian bands). The second half features three songs recorded live at Vancouver’s Smilin’ Buddha Cabaret.

These sessions, Howell explains, left them with “enough material to warrant another release.”

Recording in live in Vancouver gave the band the opportunity to work with veteran producer Cecil English, whose work they had long respected. “He recorded a bunch of our favourite bands,” Howell notes.

Recording with English inspired the band to go vintage with their format. “It’s kind of a special thing,” explains Blotto. “He’s such an old-school engineer, so we thought it’d be cool to do a tape.”

Blotto compares the appeal of cassettes to the endurance of vinyl records: “It’s not the convenience of the format; it’s just nice to have a physical [version].”

(Purchase of the physical cassette comes with a digital download code from Bandcamp).

The show was kicked off with a foundation-rattling set by hardcore four-piece Class of ’93, fronted by bassist and lead singer Jenny Brisebois. Next up was aggressive punk trio Vanta, followed by sludge-pop rockers Pill Crusher, who played a selection of cool songs about relationships, alien abductions, and Scott Pilgrim vs. the World.

(The chattiest of the opening acts, Pill Crusher had high praise for Mandible Klaw, calling them “one of the best f***ing punk band’s this city’s ever seen”). 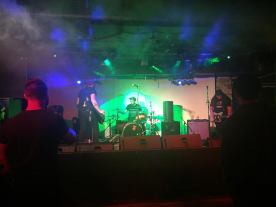 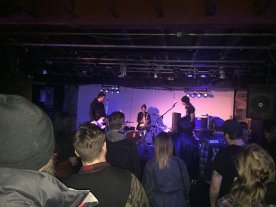 With their loud and frentic headlining set, Mandible Klaw more than lived up to that label.

Lead singer Steve Benz delivered the lyrics in staccato shouts while thrashing around the stage, occasionally stopping dive into the raucus crowd or take a swig from a water pitcher.

“We were going for an early eighties punk sound with this one,” Blotto says of their new songs. “And I think we’ve achieved that.”

In the near future, the band will be releasing a new record, split between four bands from Calgary and Montreal, and doing some touring in the spring. They’re also writing new songs and “gradually working toward another full-length” release, Howell adds.