The live setting allowed the group’s weird country vibe to come through; songs like “Dog” and “The Sherriff” read almost like parodies of traditional country and bluegrass, although the mournful “Wild Sun” sounded more sincere.

A mid-set highlight was the lively single “Young and Wild;” calling it “a song we wrote that really reflects our age,” lead singer Simon Ward delivered the opening lines in an exaggerated old man drawl before shifting gears.

The Strumbellas delivered their songs with a side helping of awkwardly humourous stage banter, including a strained skit introducing keyboardist Dave Ritter’s keytar.

Ritter, decked out in a hat with his name on it and a t-shirt emblazoned with the word “FEMINIST” in neon block letters, reminisced about playing the band’s first Ottawa gig at “a tiny little bakery” called Raw Sugar, back when the band had ten members.

“And now we’re playing the main stage at Bluesfest.”

Fiddler Isabel Ritchie chimed in with some advice for new musicians, opining that having an absurdly large number of band members makes it easier to pack a venue.

They closed with their signature single “Spirits,” a folk-pop ditty that may be the most insidious earworm ever written (I’m fairly convinced that the line “I’ve got spirits in my head and they won’t go” refers to the song itself).

The Strumbellas are one of those bands whose live shows add new dimensions to their songs. They were definitely an act worthy of the main stage. 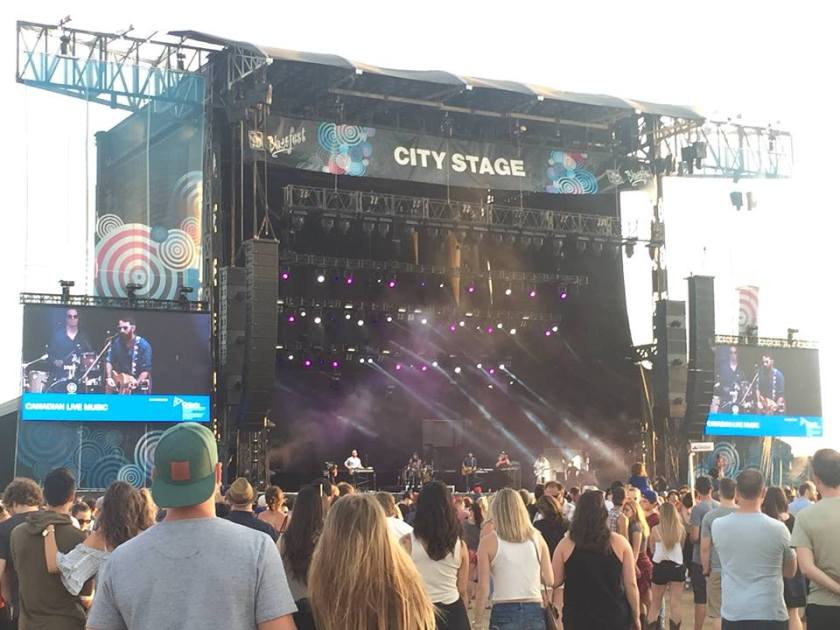