Foo Fighters frontman Dave Grohl had a confession to make at Ottawa’s Bluesfest: “Tonight, I don’t have the blues.”

If he did, he certainly didn’t show it. The hard rock heroes played for a relentless, nearly three-hour set on the main stage, a marathon show that definitively proved why the Foo Fighters are the most vital band touring today.

Show opener “All My Life” was a harbinger of what was to come: the restrained alt-rock track we know, palm-muted and sung in a near-whisper, was reborn as a full-throttle, shout-along punk song.

Drenched in sweat, Dave Grohl and Co. powered through half a dozen more Foo hits at breakneck pace: following with “Learn to Fly,” “The Pretender,” the enigmatically anthemic “The Sky is a Neighbourhood,” and “Rope;” slowing briefly for a singalong of “My Hero;” and kicking things up again with “These Days” and “Walk.”

Their set had the rawness of a punk show with none of the musical restraint. Drum solos, extended guitar breaks, and Queen covers abounded.

Drummer Taylor Hawkins took over vocal duties for a cover of Queen’s “Under Pressure,” while duet partner Dave Grohl took his place behind the kit and sang Bowie’s parts. Reverent without being self-serious, it sounded like six talented friends jamming.

Hawkins dedicated the song to “a girl from Ottawa” who he credits with introducing him to Grohl: grunge icon Alanis Morissette, with whom Hawkins played before joining the Foo Fighters.

Other cool covers included a no-nonsense rendition of The Ramones’s “Blitzkrieg Bop” (showcasing the skills of guitarist Pat Smear, who Grohl noted was “half a Canadian” by marriage) and a cheeky version of Van Halen’s “Jump,” set to the tune of “Imagine.”

The second half of the show featured a fuzzed-out version of recent single “Run” and several “old school” Foos tunes, played heavier and harder than their recorded versions. One gets the sense that this is how they were always meant to be played; that these radio-friendly singles had finally reached their hardcore heights.

The band was clearly feeling it, too. “I’m gonna teach you how to scream,” Grohl declared during “Monkey Wrench,” sung in a mixture of shouts and Grohl’s perfected punk rock yowl.

Another singalong was attempted on 1999 single “Breakout,” but crashed and burned as the crowd stumbled on the lyrics; the city was disgraced! Even the usually-gracious Grohl paused to offer a well-deserved rebuke:

The band regrouped quickly, and the crowd performed better when asked to hold up lighters. 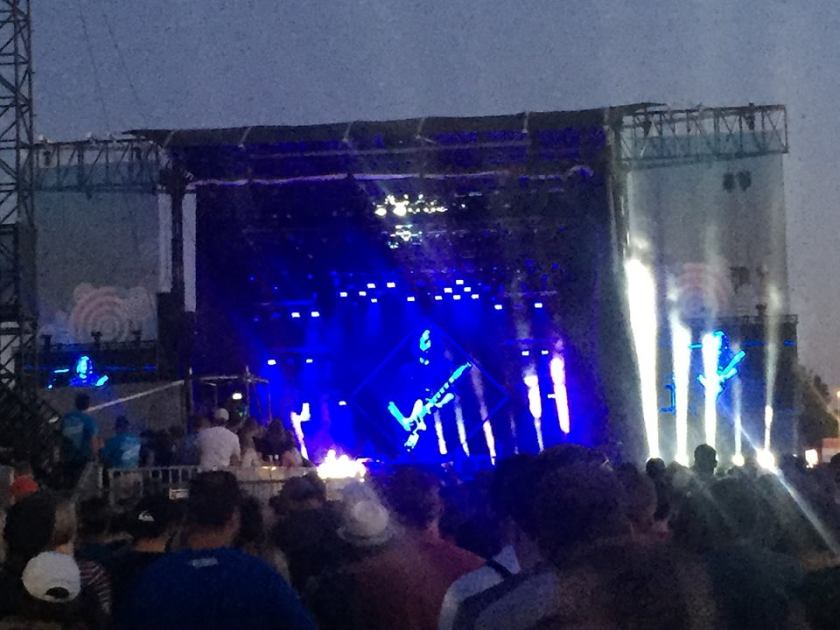 Foo Fighters closed with an impassioned rendition of “The Best of You,” before returning for a three-song encore. Grohl at first teased a cover of Alanis’s “You Oughta Know,” before switching to a mellow version of “Big Me,” a standout from the band’s 1996 debut, followed by inspiring rock anthem “Times Like These.”

Grohl took a moment to acknowledge how long it had been since the last time Foo Fighters stopped in Ottawa – ten years, by his estimation. The band pledged to return to the capital, then closed with their signature song, the thematically appropriate “Everlong.” (“How long I’ve waited here for you…everlong…”)

If there were any hard feelings over the Foo Fighters’s extended absence, Tuesday night definitely made up for it.