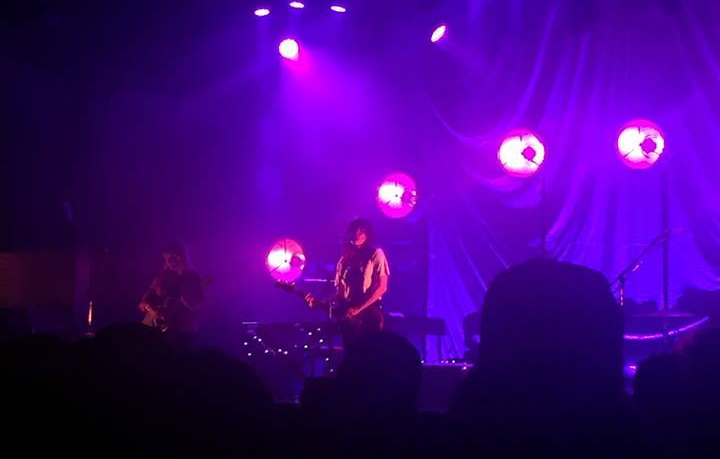 There was lots of great music beyond the main stages at Bluesfest on Wednesday.

Gently thumping beats and strong harmonies by guitarist Anthony West and keyboardist Josephine Vander Gucht had the crowd dancing and singing along. Highlights included “Heartstrings,” a buoyant pop song that wouldn’t be out of place in a rom-com, and their very catchy new single “Ultralife.”

After Oh Wonder, we headed over to the Blacksheep Stage for the last bit of Hat Fitz and Cara’s set, which featured rootsy songs that recalled vintage gospel and blues.

My favourite was “Got Love,” a sweet song that starts out as a vintage country ballad and transforms into a rollicking blues number. “I wrote this for Fitzy,” explained singer/drummer Cara Robertson, referring to her husband and musical partner Darren Fitzpatrick. “Sometimes you forget to love yourself, [and] Fitzy was there for me.”

The Blacksheep Stage headliner was yet another creative Australian, singer-guitarist Courtney Barnett.

Buzzing, distorted guitars and Barnett’s expressive drawl were fitting complements to her lyrics about anxiety, discontent, and life’s uncertainties. The alt-rock songstress opened with the gloomy “Hopefulessness,” before picking things up with the more upbeat “City Looks Pretty” and the sarcastic “Charity,” a song scathing rebuke of performative happiness. “You don’t have to pretend you’re not scared,” she sang. “Everyone else is just as terrified as you.”

In “Elevator Operator,” for example, the chorus takes the form of a pep talk to a stranger who doesn’t need it: “I think you’re projecting the way that you’re feeling,” the subject retorts. “I’m not suicidal, I’m just idling insignificantly.”

Several of her songs read like fractured short stories, with a precise, slightly surreal attention to detail – the coffeemaker that saves $23 a week in “Depreston;” the “oily residue” on the walls in “An Illustration Of Loneliness (Sleepless In New York);” the bystander’s snakeskin bag and “hair pulled so tight you can see her skeleton” in “Elevator Operator.”

Barnett had an understated, punkish stage presence, coaxing grimy sounds from her guitar while stage lights splashed her with intense Suspiria colours. She wasn’t chatty, either; other than her revealing lyrics, the most personal she got was when she polled the audience about their histories of anxiety attacks, allergies, or asthma prior to anaphylactic anthem “Avant Gardener.”

That said, her lyrics were so relatable that the whole show felt like a confessional.

Barnett has a knack for touching on hard-earned truths of young adulthood and presenting them as ironic self-deprecation (e.g. “I used to hate myself but now I think I’m alright;” “Sometimes I get sad / it’s not all that bad”).

These are songs about accepting life as it is, because, well, there’s no other option, is there? As she sings in “Depreston:” “If you’ve got a / spare half a million / You could knock it down / and start rebuildin.’”

Occasionally, this resignation gives way to rage. This was evident in the riot grrl screams of “I’m Not Your Mother, I’m Not Your Bitch,” which followed feminist call-to-walk-in-the-park “Nameless Faceless,” a track that builds its chorus around the safety tip that every woman has received at one time or another: “I hold my keys between my fingers.”

Barnett closed with the rocking “Pedestrian at Best,” which mixed the defiant declaration “Put me on a pedestal, and I’ll only disappoint you!” with the more whimsical “Give me all your money, and I’ll make some origami, honey.”

Dear reader, she did not disappoint. She also didn’t make any origami, but perhaps she was being ironic. 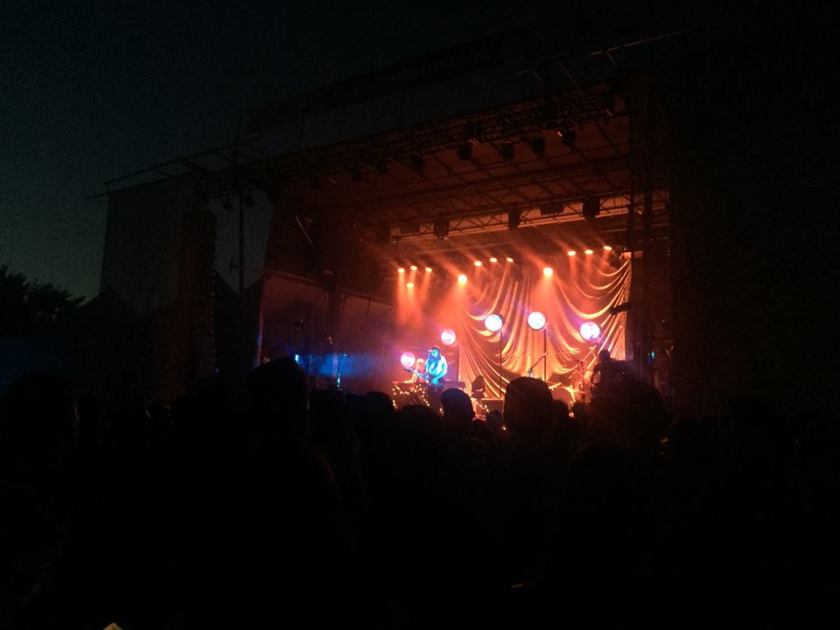