Hamilton blues-rocker Terra Lightfoot was the master of ceremonies for a freewheeling evening of top-tier Canadian folk, blues and country on Wednesday.

The audience at Ottawa’s Algonquin Commons Theatre didn’t quite know what they were getting into when Lightfoot came onstage to introduce the first act. Dubbed “The Longest Road Show,” the concert eschewed the standard opener-intermission-headliner format in favour of a grab bag of short sets, collaborations, and special guests curated by Lightfoot, who was frequently on-hand to provide rhythm guitar and backing vocals. 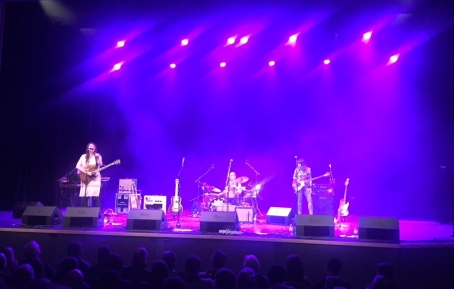 After a brief intermission, Lightfoot took the stage to perform her early single “No Hurry” and the bouncy “Pinball King,” which she confirmed was written about Ottawa’s very own arcade/punk rock bar, House of TARG.

Next up was Winnipeg singer-songwriter Begonia, whose melancholy lyrics were offset by an effervescent and self-effacing sense of humour. Her slow-burning set featured mournful renditions of her breakout single “Juniper” and the evocative “Hot Dog Stand,” a slice-of-life narrative which she explained was written about “Living in Winnipeg, Manitoba in my early twenties, mildly depressed and trying to satiate that depression alone…with hot dogs.” 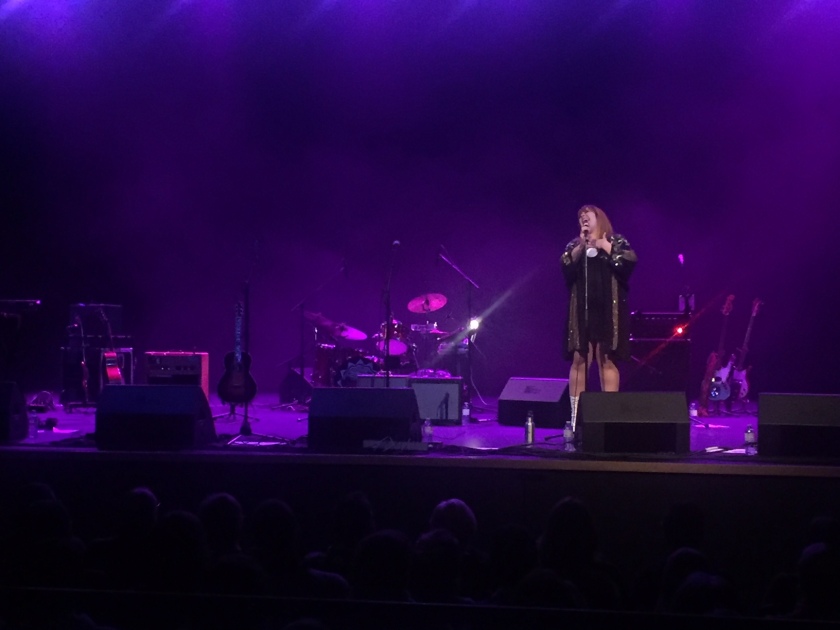 Accompanied only by sparse keyboard atmospherics, her soaring vocals really shone on her soulful performance of “The Light.”

Next on the agenda was a five-song set from stylish alt-country songstress Lindi Ortega. Clad in all black save for her trademark bright red cowboy boots, Ortega performed “Angels,” “Demons Don’t Get Me Down,” and the sultry “Comeback Kid” with Lightfoot backing her up on guitar, before concluding with ballads “Til My Dyin’ Day” and the standout “Cigarettes and Truck Stops.”

“One of my favourite subjects is morbidity,” she quipped, introducing “Dyin’ Day.” 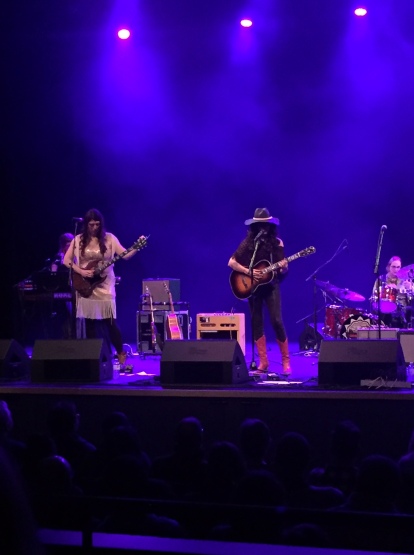 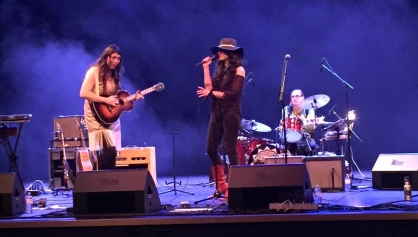 Closing out the first set, Gentle and Begonia returned to the stage to join Ortega on background vocals for “Norma Gale,” Lightfoot’s bluesy tribute to Moncton bassist Norma “Gale” Gallant. The real-life Gale was single mother and working musician who raised her child on the road, playing gigs at the Grand Ole Opry and spending time at Graceland during Elvis’s heyday; the Road Show performance, with four formidable women musicians belting out the dramatic chorus of “I knew I had to keep on going,” was a powerful moment of female solidarity.

After a second intermission, Lightfoot introduced a surprise guest, Stittsville-based alt-folk singer songwriter Kathleen Edwards. Edwards played a pair of new songs which were typically melancholy and witty (not to mention distinctly Canadian – one of them name-checked Canadian Tire), followed by her 2012 track “Change the Sheets.”

(After her set, Edwards could be seen sitting at the side of the stage sipping from a red solo cup, clearly loving Begonia’s second set. Begonia, for her part, had nearly missed her cue for “Norma Gale” chatting with Edwards backstage).

The rest of the show featured repeat appearances by Begonia and Lightfoot, who duetted on a playful version of Lightfoot’s rocker “Hold Ya,” complete with a jubilant call-and-response bridge. Lightfoot then led a singalong on “Two Hearts,” a cheeky girl group-style ditty about unapologetically loving two men at once (“I’m not a cheater / but I’m not a saint”). Finally, the full company took the stage again, closing the night on a communal note.

There was a lot of stellar musicianship on display, from Begonia’s sparse soul and Gentle’s delicate folk to Lightfoot’s rollicking blues shredding. (And Edwards, of course, is always a treat). It was also a supportive and empowering showcase for a number of up-and-coming artists, leaving the crowd wanting more of all of them.