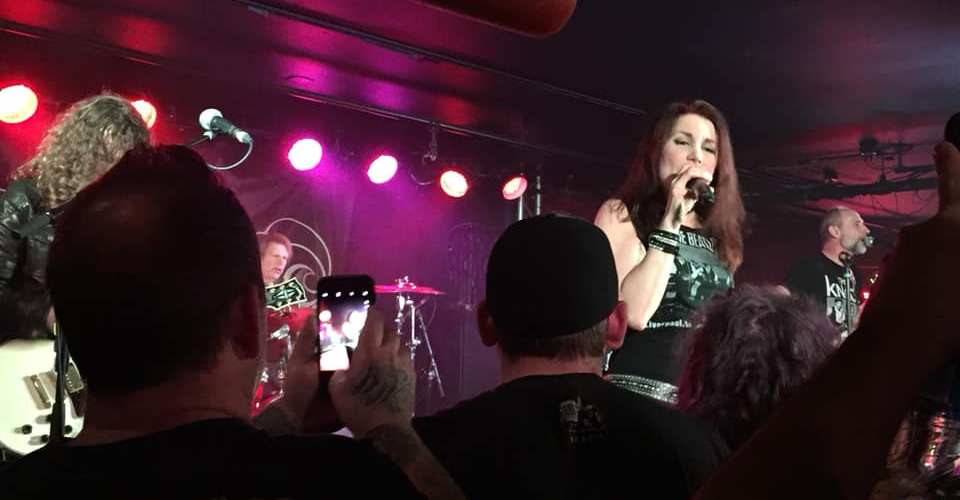 Looking the picture of cool in a white leather jacket and black Beatles tee, The Belleville-born hard rock singer took the stage with her wicked cover of Janet Jackson’s “Black Cat.”  From there, Aaron and her band entertained with a mix of eighties hits (the joyously sexy “Hands On” and “Rock Candy”) and standouts from her latest album, including title track “Diamond Baby Blues” and politically-charged stoner anthem “American High.” 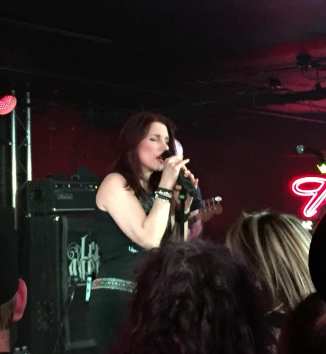 Next up was another recent song, 2016’s “Fire and Gasoline,” which quotes Elton John over steely nu-metal riffage, before going back to the eighties with an alluring rendition of “Sweet Talk,” followed by effervescent girl power anthems like the cheeky “Some Girls Do” and the liberated “Sex With Love.”

The sole ballad of the night (1991’s “Peace on Earth,” returned to the set list by popular demand), sounded heavenly with its hymn-like chorus and somber lyrics. From there, she segued into hard-edged blues number “I’m a Woman” and rock barnburner “Hard Road” (another Diamond Baby Blues highlight) before closing with two of her signature songs. 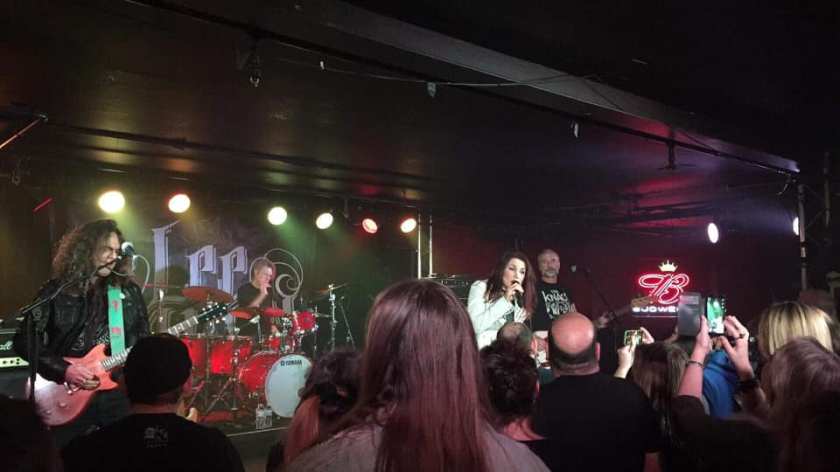 “Are there any metal queens in the room?” Aaron asked, kicking off an epic rendition of her iconic 1984 anthem. She then teased the crowd a bit (“Is there a glaring omission?”) before bursting into her pop-rock hit “Whatcha Do To My Body.”

The crowd called out for an encore, and Aaron & co. complied with their cover Willie Dixon’s “My Babe.” 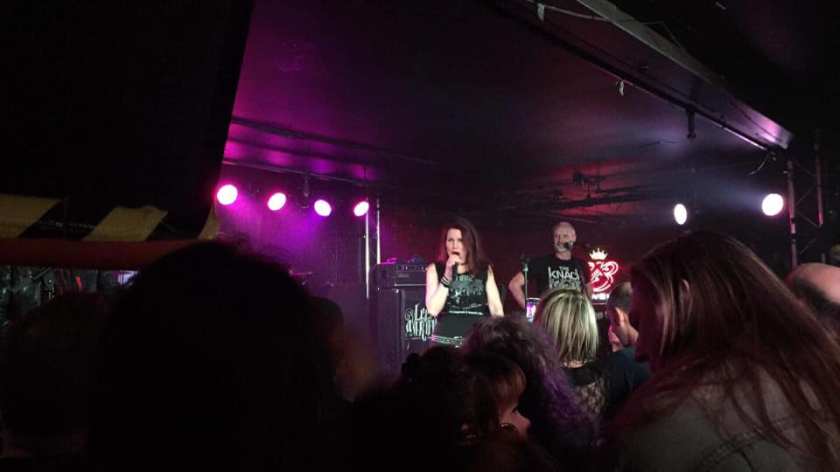 Prior to Aaron’s show, local blues-rock foursome Whiskey SHOT warmed up the crowd with a loud set of classic rock covers, performing songs by the likes of AC/DC, Pat Benatar and Toronto.