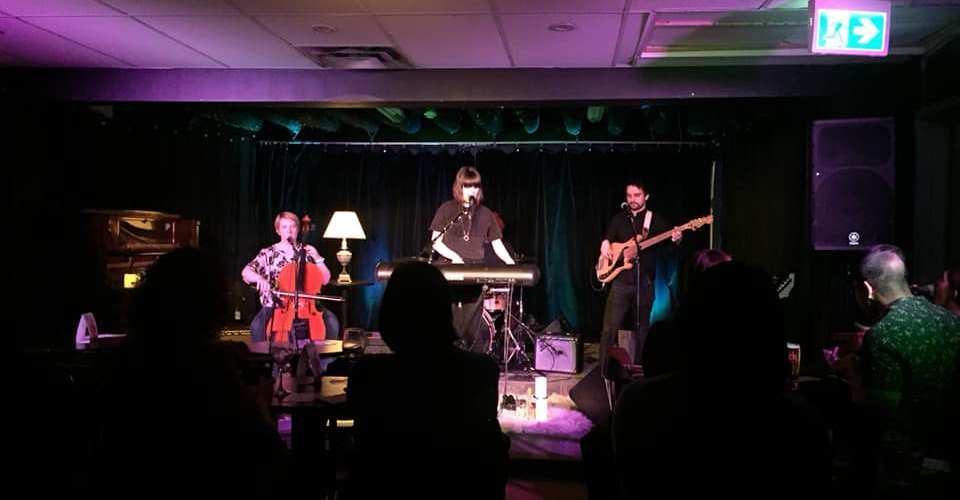 “It was important for me to put together an all female-identifying line-up,” explained PEI singer-songwriter Rachel Beck, who headlined the intimate show.

The first artist of the evening was Peterborough-based folk singer Evangeline Gentle, who impressed with her powerful voice and poignant songs. Highlights of her set included the sweetly scathing “Drop My Name,” which recalled early Sara Bareilles, and “The Strongest People Have Tender Hearts,” which Gentle said was inspired by the #MeToo movement.

“I was thinking of how we meet that with compassion for our experiences, and how we talk about vulnerability and the power of femininity,” she said.

Gentle closed with her forthcoming single, the plaintive love song “Sundays,” before taking a moment to salute the women in her life. “I have four sisters – my family’s definitely matriarchal – I have an amazing mom and I have a partner who’s a woman,” she explained. “So, I have lots of women to thank today for the love and strength and power they bring to my life.”

Next up was Ottawa’s Kelsey Hayes, who performed a set of soulful, frankly honest pop songs.

She spoke a bit about her creative process introducing her song “His Name Is,” which she said came to her from a flash of inspiration. “Sometimes I have moments where I see the entire rainbow at my fingertips,” she said. “That’s where the best songs come from.”

Switching to piano, Hayes showed off her strong voice on a cover of Norah Jones’s “Don’t Know Why,” before closing with an incredible performance of her own body-positive break-up song “Is It Like That?”

Beck closed the night with a great set of mellow but passionate pop, her strong vocals accentuated by rich piano and the mournful strains of an antique cello.

Opening with her excellent single “Reckless Heart,” Beck followed with the sparsely catchy “Shoulda Coulda Woulda” and “Nothing In Between,” a song about “embracing your weirdnesses.” The latter track was written after the departure of her sister and musical collaborator, guitarist Amy Beck, who retired from touring after becoming a mother; this change prompted Beck to write songs that were more personal and inward-looking.

Beck became emotional introducing “When You Left,” which she wrote after a friend’s sudden death from undiagnosed ovarian cancer. “The act of writing this song over many months helped me process the grief,” she confided, urging women to educate themselves about the symptoms of the disease. “They’re very minor things that we brush off all the time.”

The next song, “You’ve Got a Hold on Me,” a bare-bones number accentuated by hand-claps and finger-snaps, was inspired by the rhythm of a photocopier.

Other standouts included “Fire in the Sky” and a bittersweet cover of Whitney Houston’s “I Wanna Dance with Somebody,” which Beck called “a really lonely song full of melancholy and longing.”

Exploring the sad core of an apparently joyous pop song, Beck’s re-imagined cover was a fitting conclusion to an night of music in which vulnerability and empowerment intersected. 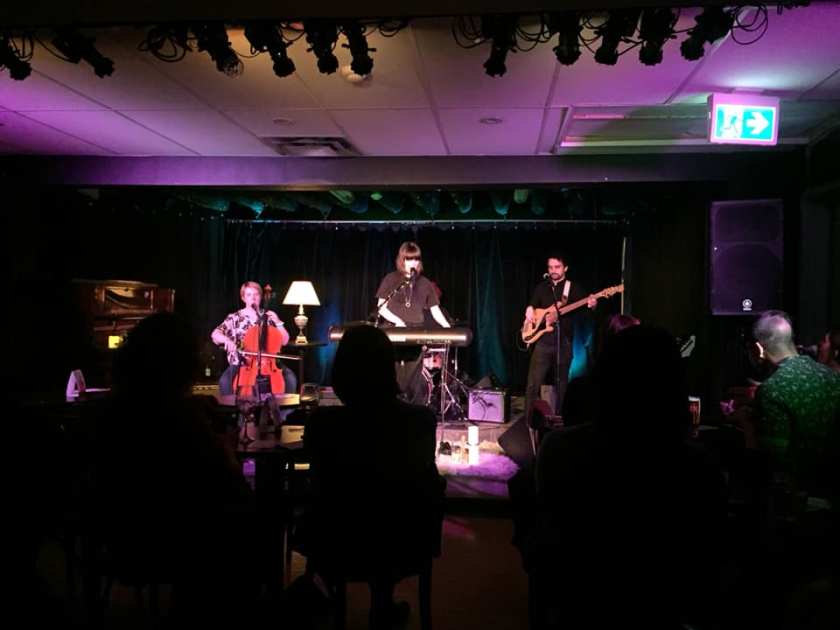 Venue: LIVE! On Elgin, Ottawa ON