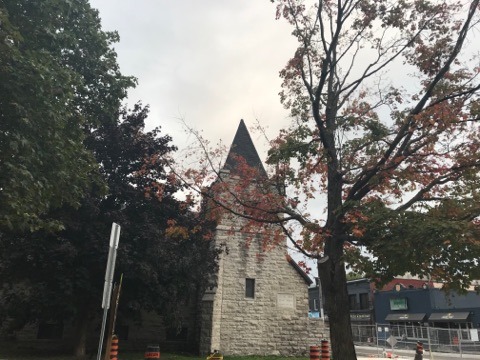 It is finally October, and I couldn’t be happier.

I mean, with all the scary stories I write and horror movies I consume year-round, I guess one could argue that I rarely wait ’til the leaves turn to celebrate Halloween. But I always try to amp things up when October rolls around.

I’ve got a few tricks and treats to share today: a new story that you can read for free, if the mood strikes you; an announcement or two; ominous warnings; and some social media self-promotion (the scariest thing of all!).

Read on, children of the night:

Read if you dare: “The Turnip and the Trick”

It is my great pleasure to inform everyone that the October issue of fairy tale magazine Enchanted Conversation is out, and friends, it is spooky. Thirteen authors (myself included) have mined the darker corners of folklore for some chilling tales featuring everyone from the Big Bad Wolf to the Baba Yaga.

My story, “The Turnip and the Trick,” is a dark trick-or-treating tale that digs into the ghoulish roots of Halloween. You can read it here.

Or you can just read the whole issue here…if you dare.

Just kidding, you totally should…or should you?

Owl Hollow Press (who published last year’s wonderful Under the Full Moon’s Light anthology) have another exciting release planned for this month. 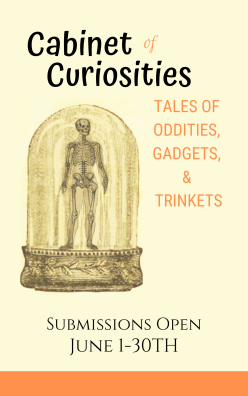 Cabinet of Curiousities looks to be an eclectic selection of “tales of oddities, gadgets, and trinkets, from love stories to science fiction, fantasy, humor, and horror” – and once again, I’m absolutely psyched to be included.

(Fun fact: this is my second Roy Orbison story, the first being “End Times at Rock N’ Roll Joey’s.” One more and I’ll have a trilogy).

Although I know I’ll likely get sidetracked by a thousand things (October is so inspiring, creatively), I have one actual goal for the month, and that’s to finally finish off my long-gestating story “The Plank Auction.”

Okay, that’s a terrible title, and it will not be the permanent one. Right now, I’m leaning towards “The Doom That Came to Mellonville” or something similar. But I digress.

The story chronicles the fallout from the death of Isaac Plank, a troubled teen-turned-globetrotting occultist, and the chaos that ensues after his collection of cursed curiosities is sold at an estate auction – along with the book of dirty limericks needed to bring the objects to life. It’s up to Isaac’s ghost and his painfully square father to set things right, and the mismatched pair set off on a bizarre mission involving grave-robbing, unnaturally loud Bruce Cockburn CDs, and the one-man cult of an ancient Pharaoh. Things get weird.

I will confess, I’ve been working on this particular story for a shamefully long time, and let it sit dormant (presumed dead) for years. I happened to pick it up again recently, and (although the length is steadily ballooning) it’s actually been coming along at a respectable pace. Go figure.

Once I finally finish the thing, I’ll have to find somewhere to submit it, which may prove easier said than done. So if anyone knows of any publishers looking for longer-than-average-but-not-quite-novelette-length stories about father/son relationships, cursed object auctions, surly ghosts, and reanimated taxidermy, let me know!

(I was listening to a tonne of Danny Elfman when I wrote this one).

Was super excited late last month when my poem “Interrupted Log” was accepted into These Poems Are Not What They Seem, an anthology of Twin Peaks-themed poetry edited by the most excellent Kristin Garth and Justin Karcher.

These Poems Are Not What They Seem Announces the acceptance of Interrupted Log by @MMcSw13 into the Twin Peaks anthology of poetry. The owls are delighted with this poetic buffet of delights and share it with the world spring 2020 @apeppub — 💓 from myself & @justin_karcher pic.twitter.com/QeLnt50HMx

Vile secrets yet to be revealed

So, I don’t know if I can announce this acceptance yet, so I’ll just drop ominous hints like the creepy local in every slasher movie ever.

A dark fairy tale starring my favourite original character (a certain malevolent crow) will be appearing…somewhere…this month. It’s a bittersweet story that gives old Ezek his well-deserved send-off (which is a bit weird, considering none of the earlier chronicles of the Crow have appeared in print yet, and I haven’t even finished writing the bulk of his story). But time moves strangely in the Otherworld.

Anyway, stay tuned for details on that one.

Because this is my favourite time of year, I plan to immerse myself as far as possible into all things strange and macabre (I know, what else is new?). And I believe in sharing the scares. So, I’m putting together a Twitter thread in which I plan to post one or two Halloween-y things a day, whether that be a movie/book recommendation, a short story or poem, or an ominous song.

I’m always open for suggestions (especially for creepy fiction and poetry I can legally link to!), so feel free to send your recs in the comments.

So anyways, if you’re into “the Twitter,” follow me over at @MMcSw13. Today’s featured item will be Type O Negative’s goth girl anthem “Black No. 1.”

“Every day is Halloween,” indeed.

How are you getting into the festive spirit? Tell me in the comments!